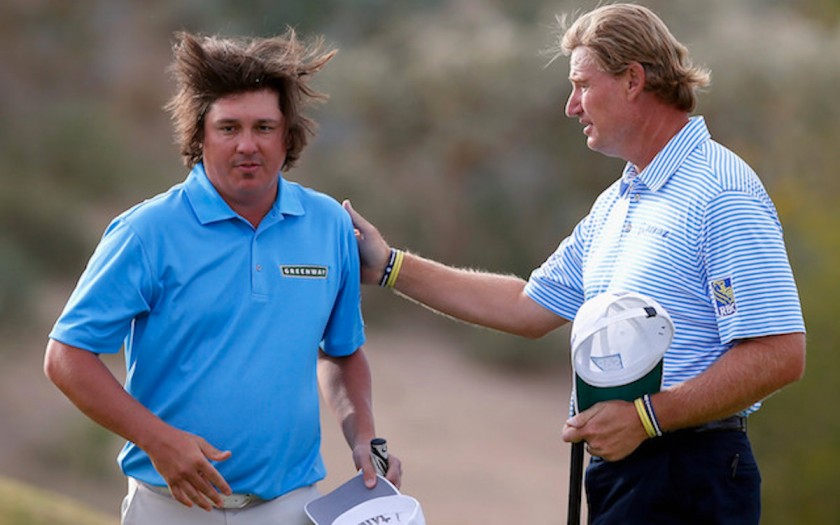 Last week was what we in the biz would call a mixed bag. On the good side, I recommended Patrick Cantlay (T7, -11), Ian Poulter (T5, -12) and Xander Schauffele (T14, -10). Given how much of a bargain Poulter was, that’s excellent work! But, of course, it came at a price – my other picks were Justin Rose, Matthew Wolff and Harry Higgs, none of who played the weekend.

Is it worth pointing out that I had other lineups which did pay out? No. No, it is not. Because this is the place you come to in order to find out who to avoid like … well, a global pandemic. And this week, we have an oddity – the course is the same, meaning we SHOULD be able to look at how folks played last week and use that knowledge to form a really good lineup this week. Of course, that’s not really on-brand for yours truly, so let’s roll.

Patrick Cantlay ($9,800) – YOU’RE GODDAMN RIGHT I’M GOING BACK TO THE WELL. Listen, I’ve picked Cantlay the last few weeks he’s played and there’s no regrets. He’s played exceptionally well and again, he won the Memorial last year. And with the star studded field this week, he’s a relative bargain. He hasn’t let me down yet, so I’m sticking with him.

Bryson DeChambeau ($11,100) – Similarly, nobody has played better since the Return To Golf (TM) than our #ThiccBoi, so even at a HEFTY price (get it?) it seems like a no-brainer. Honestly, let’s go back to BEFORE golf paused and here are Bryson’s finishes: Genesis Invitational (5th), WGC-Mexico (2nd), Arnold Palmer Invitational (4th), Charles Schwab Challenge (3rd), RBC Heritage (8th), Travelers Championship (6th), Rocket Mortgage Classic (1st). That’s seven top-tens IN A ROW with five of them being in the top-5. My lord.

Gary Woodland ($8,600) – Woodland has been a bit up-and-down since golf came back, but his T-5th place finish last week is encouraging and again, keeping the same course here means I’m hopeful he’ll still be able to do well. A top-10 finish again would be really good for this lineup.

Byeong Hung-An ($7,700) – OK, so An didn’t rock it last week at a course he traditionally does well at, missing the cut due to a R1 of 76. But his 68 on Friday showed that he was finding his swing and again, he plays well here. He’s a good middle of the road pick. I’m doubling down. (Or am I? For the same cost, I can put in Spieth or Ian Poulter….hmmm.)

Jason Dufner ($6,500) – Look, I know Duf has kind of lost his game of late and barely kept his card last season. But a few things – I’m bargain hunting. Also, Dufner has won this tournament before and likes the course (made the cut last week, ended up 56th). He’s made the cut in three of four events since coming back, and honestly at this price that’s all I’m looking for.

Tyler Duncan ($6,300) – The old stand by. Duncan has made 4/4 cuts since returning to golf, and like Dufner, that’s all I look for when someone is this cheap. But I’m optimistic that Duncan could even do a bit better than that this week given his game.

Here are a few other names I am looking at, in the interest of transparency:

Justin Thomas – you can look at him losing after being up by 3 with three holes to play. I’m more interested in the fact that he barely made a bogey the entire tournament until then and has more game than probably anyone else in the sport, with a few exceptions. JT is close. Real close.

Tiger Woods – You may have heard of him. He’s back.

Daniel Berger – He’s also back, and playing as well as anyone else right now.

Chez Reavie – Big Bill Reavie has won here before and played well last week, with a T17. No reason he shouldn’t keep it going.

Doc Redman – Aside from sounding like a gunslinger from the Wild West, the kid has real game and is playing well.

Lucas Glover – Four consecutive top-25’s in all four tournaments he’s played since golf came back is solid. He’s a good bottom of the roster lineup addition. (And no, I’m not going to make a joke about his wife.)