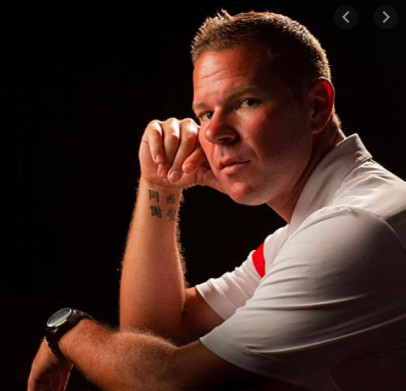 Sean Foley has the best hair, abs and tats of any swing coach on Tour and it’s not even close. In preparing this music video, I spent considerable time on the Google image search screens and was blown away by the volume of produced photo shoots Folsey has participated in. No question he has done more than 99% of all players on Tour and at least half of the guys from One Direction (ain’t no one can touch Styles and Zayn!). He is USDA Prime beef; more tender than Japanese A5 Wagyu, full stop. Dusty should consider himself very lucky to have won Paulina’s heart because with a good pair of 6-8″ lifts Seanie would have had her reading the Chinese letters off the small of his back before dinner was even served. But I doubt my man even gives it a thought, and if he did I bet he would just bust out the Confucius and get himself straight right quick before he used those ground forces on whatever smokeshow he wanted from the Vyce Lounge in Orlando.

All of the above was my inspiration for writing this song. No drugs were used to come up with my lyrics; it’s just my daydream about getting the chance to work with the master and learn all about cardiothoracic tilt.

Some caveats…. The song is not intended to be a pleasing experience so hold your criticism. It’s artistic. And yes I’m aware the song sounds a bit like the 90s Wilson Phillips smash hit “Hey Santa” but if you listen real close and backwards they are very different. Like one song is about wanting to do inappropriate things with a bearded jolly fat man and another is about wanting top-of-the-line assistance to fix my golf swing. Mine also has some hyper aggressive sax riffs so just get off it.

Sometimes legends disappoint us. Check out our latest post at talkingtoafade.com (link in bio) #medaloffreedom @annikas59 @gary.player
Hey, remember when Pamela Anderson looked human? Remember “the Rachel?” How about when golfers decided the baggier the clothes, the better?
Yes, that’s former St. John’s basketball coach Lou Carnesecca, and we aren’t quite sure what he has to do with the Best Major Champions of the 1980s, but this is just how Greebytime’s brain works. Or doesn’t.
With all the talk about @brysondechambeau making courses obsolete, let's not forget about that thing between your ears. Check out our latest post called Head Games at www.talkingtoafade.com (link in bio)
Its @themasters week! So it felt only right to try and figure out who is the Best Masters Champion ... and spoiler alert, it’s NONE of these guys. Click the link in our bio or go directly to talkingtoafade.com
Its @themasters week! And it’s time to make our picks, or at least for Greebytime to do so on @draftkings. It’s tempting to take the #ThiccBoi @brysondechambeau but it’s not happening (which is probably good news for him). Read about who we are betting on at the link in our bio or at talkingtoafade.com
%d bloggers like this: