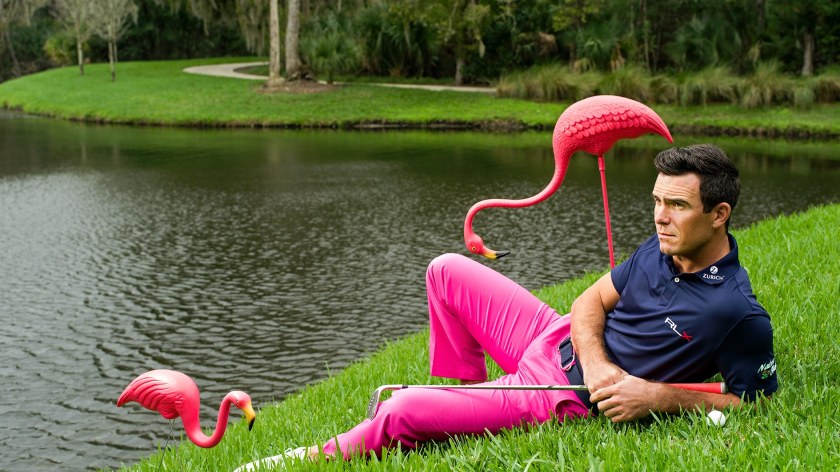 We’ve arrived at the first week of the FedEx Playoffs, which feels super weird as there just haven’t been the requisite amount of events leading up to this. Which means we have folks like Brendan Todd and Lanto Griffin currently in the top-10 of the Fed Ex Cup points. So be it! Let’s roll.

Last week, I absolutely fell on my face with the lineup I posted here for the Wyndham. Justin Rose and Charles Howell III missed the cut, and the four guys who DID make it didn’t much distinguish themselves except for Kevin Kisner (T3), who I went with on a hunch because he’s a Carolina guy. And in true DK fashion, I had another lineup that all six guys made the cut, and at one point had three guys tied for 1st and I … only won $8. Do you know how hard it is to do that? It takes true depths of mediocrity.

So, that’s who you are reading and if you’re wise, you’ll avoid the following players, because these are my guys this week:

Bryson DeChambeau ($11,100) – The ThiccBoi impressed me at Harding Park, and honestly it’s hard to bet against him … so I’m betting ON him. It’s just that simple.

Webb Simpson ($9,500) – Webb did his usual thing at the Wyndham, and he’s #3 in FedEx points right now. While this is the kind of statement that often backfires on me, it’s hard to not see him at least earning his money here this weekend and finishing in the top-20.

Viktor Hovland ($8,200) – Hovland may look perpetually like he just ate one too many edibles, but his game is legit and this feels like the kind of tournament where at the end of the weekend, everyone will be scrambling to say that it was his time to shine, etc. Why? I have no idea.

Billy Horschel ($7,900) – Yes, Horschel won the FedEx Cup before and there IS that history. But he also played his balls off last weekend and that’s important here too.

Zach Johnson ($6,800) – I’m not really much of a Zach fan, and I know I’m not alone. His game just isn’t interesting to watch. But you’re crazy to ignore the fact that he fought tooth and nail to make these playoffs and when someone is playing well, I want in.

So, that’s my lineup. (Or, at least, the one I’m posting publicly.) Be smart, and avoid these players!

Sometimes legends disappoint us. Check out our latest post at talkingtoafade.com (link in bio) #medaloffreedom @annikas59 @gary.player
Hey, remember when Pamela Anderson looked human? Remember “the Rachel?” How about when golfers decided the baggier the clothes, the better?
Yes, that’s former St. John’s basketball coach Lou Carnesecca, and we aren’t quite sure what he has to do with the Best Major Champions of the 1980s, but this is just how Greebytime’s brain works. Or doesn’t.
With all the talk about @brysondechambeau making courses obsolete, let's not forget about that thing between your ears. Check out our latest post called Head Games at www.talkingtoafade.com (link in bio)
Its @themasters week! So it felt only right to try and figure out who is the Best Masters Champion ... and spoiler alert, it’s NONE of these guys. Click the link in our bio or go directly to talkingtoafade.com
Its @themasters week! And it’s time to make our picks, or at least for Greebytime to do so on @draftkings. It’s tempting to take the #ThiccBoi @brysondechambeau but it’s not happening (which is probably good news for him). Read about who we are betting on at the link in our bio or at talkingtoafade.com
Loading Comments...
Comment
×
%d bloggers like this: